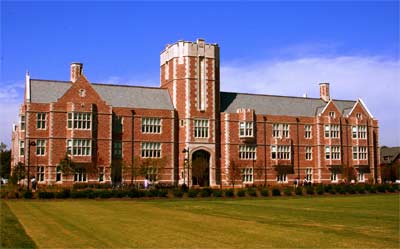 "I have practiced law for more than 18 years and have provided legal services to individuals, businesses, municipalities and local governments throughout the State of Illinois. I was a partner in the law firm of Claudon, Kost, Barnhart, Beal & Walters from 1999 to 2014 before starting my own firm, Walters Law Office, Ltd., in January of 2014."

Attorney Profile
Chris W. Walters is a native of Canton, Illinois and graduated from Canton High School in 1990. He attended Illinois State University and graduated with a Bachelor of Science Degree in Economics in 1994. He then attended Western Illinois University and graduated with a Bachelor of Arts Degree in History and Education in 1995. In 1998 he earned his Juris Doctorate Degree from Washington University School of Law, St. Louis, Missouri. While in law school, Chris completed a Fellowship in Comparative Law at Cambridge University, Trinity College, in Cambridge, England in 1997, where he studied primarily contract, labor law, civil procedure and tort law.

In 1998, Chris received his license to practice law in the State of Illinois and has practiced continually since then. He is licensed to practice law before the United States District Courts for the Northern, Southern and Central Districts of Illinois. Previously, he was a principal in the law firm of Claudon, Kost, Barnhart, Beal & Walters from 1999 to 2014. In 2014, Chris opened his own firm, Walters Law Office, Ltd., with a primary emphasis in the areas of Labor and Employment, Estate Planning, Probate and Guardianship, Real Estate, and Civil Litigation. He is a member of the Fulton County Bar Association (serving as its President in 2006 & 2007), the Illinois State Bar Association, and is a shareholder and member of the Attorneys’ Title Guaranty Fund. 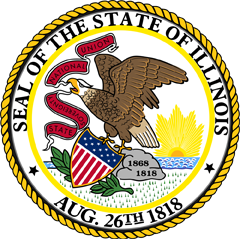 He has considerable legal experience in labor-management relations law representing management in collective bargaining negotiations; arbitrations; matters before the NLRB, the EEOC and similar state administrative agencies; and otherwise counseling employers on matters which concern management and affect employees. Chris’ labor and employment practice is particularly focused on the representation of public and private sector management clients in collective bargaining, union certification/representation cases, grievance and interest arbitrations, workplace counseling and unfair labor practice matters. His labor law clients include, but are not limited to, more than eighteen (18) counties throughout the State of Illinois as well as numerous municipalities. For the past 17 years, he has provided legal services on behalf of the State’s Attorney Appellate Prosecutor Office for Labor Units of the Agency, and continues his legal service with government agencies around the State of Illinois. Chris has practiced labor and employment law, representing employer clients since 1999. During this time, he has negotiated labor contracts with such unions as the International Brotherhood of Teamsters, the International Brotherhood of Electrical Workers, the International Union of Operation Engineers, the Fraternal Order of Police, the Policemen’s Benevolent and Protective Association, AFSCME, International Association of Fire Fighters, United Steelworkers, and a number of other private and public sector units of government including with Local, State, and Federal labor organizations. Chris has handled over fifty grievance arbitrations, numerous union certification and decertification elections, and unfair labor practice hearings before the Illinois Labor Relations Board, and has represented public employers in numerous interest arbitration cases under the IPLRA. In addition to his public sector collective bargaining activities, Chris has advised private employers in labor and employment matters.